Things I thought I missed…

Posted on July 2, 2020 by saschaillyvichauthor

What have I been thinking since all this bullshit with the pandemic  started?  First, before anyone gives me shit for calling it bullshit, look at it.  It IS bullshit. I’m not taking sides, simply pointing out that this disruption is a bullshit.  I’ll reserve my opinions for private conversations only. 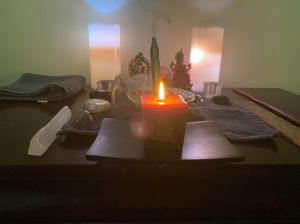 The Altar for the Full Moon back in June

I don’t miss the old way of life that I thought I was after. Swore it was simply to write and finally make it as an author after years of struggle, like so many of my heroes did, but I was missing out on stability due to the choices I made in various undertakings.  Why would I want that shit?  The stress of not having my bills paid ON TIME was keeping me up at night.  Or more likely, waking me up at the fucking crack of dawn (8 AM for me) and I was NOT happy.

I simply missed the concept of having my bills paid, and being able to spend money as I need or want.

I’m about to recharge my writing career – a career I’ve loved for the better part of 20 years. I’ve only taken 8 months off, back in 2018 and I forced a novel finished for L’Don, after her death, and for my oldest Girlfriend because I said I would.  I did it for me, too. When the new year came about, I had plans.  I made them with the oldest Lover at the end of 2018 and we were going to launch into 2019 like literary romantic badasses.

Those fell by the wayside. 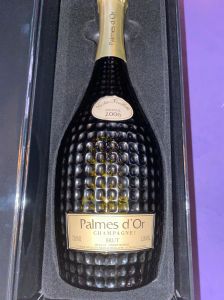 Shit changed.  Stopped me from writing – because I put my focus into bartending.  School and trying to find work, while loosely editing old shit, which is now back on Amazon.

Then, things started to look up but I was still a little lost. Maybe it was financially tied, maybe not. But my goal has ALWAYS been to make it as a successful author. My current and only contribution to the global world is that I through my romance novels, sell hope.

That has been my big, audacious goal, only adding trading to it because I love it so much.

I’ve ALWAYS had the love, the care from others, the concern, the connections.  The important things.  Now? The important ones have deepend, others have fallen off as a result of focus and people changing, and some of us growing in different directions.

Now? Bullshit pandemic caused another change, which can either force me to make a choice, or yearn for an old life. Why would I say forced? Because you make the decision you have to if you want the life you really want – because as the quote goes:

“Easy choices, hard life.
Hard choices, easy life.” – Pulled from Tools of Titans by Tim Ferriss. The quote is not his. Highly recommended read, by the way.

It’s kinda like extra curricular work in school – it’s not really a choice if you’re ambitious about your life.

The ultimate question is, how do you want to live your life? Really? Because most people don’t have a clue, as they haven’t spent time trying to actively design it. They always put themselves on the back burner. That’s not fair nor is it going slamming into the grave having spent time thinking, “God DAMN, that was fun shit.”

Again, with the fear. I choose to believe it’s False Evidence Appearing Real. And I’m not talking about the fear the media has sold you. I mean your deep, dark, personal, instilled in you, sold to you, bought by you, conquerable by you, fears.

So I’m not reclaiming what I missed. No way. Instead, I’m going after what I want and desire. I’m back in the kitchen doing what I love. I’m making drinks at home with no expectations. I’m experimenting with biohacknig more now, including looking at the Modern Silva method. I’m about to start reading a book on anti-aging because my Oldest Lover said, “I love you.” I’m playing more with my cast iron wok and Chinese cuisine, and looking to expand into more Asian cuisine, as well as Indian (since I did bar tend at a dope Indian spot.)

Mushroom Coffee from Four-Sigmatic. I prefer the “Think” with Lion’s Mane to start my day but their Reishi Cocoa is good before bedtime too!

I’m taking chances. Even my soon to start ad spend on FB is a chance. I’ve told the younger Lover, “I always bet on the winning horse.”

Btw, in both their cases, I always win. Yet, I, even as YUGE as my ego is, sometimes forget to bet on me. So now? I’m listening to what Option trading has taught me. Take the fucking risk.  I have a TON of material for you all to read over the coming 18 months, I simply need to get on it.  The bullshit pandemic gave me the time to work on material I really WANT to, because I couldn’t tend bar, thanks to shutting business down.  I have written Riding Myst and Riding Rayne to follow up Riding Tempest and close out the Undead Souls MC for now.  What is currently called “Stalker: Dub Mix” I’m digging back into and plotting the second book, tentatively called “Rubicon” and I know what my band of wolves and lone Fae must due to restore their world to the former glory days before being overrun by technology.  I’ve started digging into Chasing the Witch and picking holes in that novel so I can rewrite what needs, and create a better secret society and a more ‘realistic’ Mafia.

Two Samantha Powers titles (yeah, it’s me.  Like you didn’t know when I may have accidentally posted what, four years ago?  That Samantha Djents…) are getting made into full blown novels because I really loved the Samurai Jack aspect of the first novel, and the second one was simply fun. 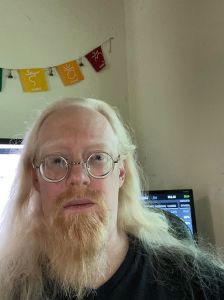 Slow Burn has been re-covered, renamed, and a few tweaks have been made for that to be released soon.  I’m working on edits now.  Well, trying, anyway.  Laughing Gas is a bitch but it sure as hell made the root canals easier…

I’m 42 and I’m fucking fabulous, growing more so, every day.