Messengers – Guest Post from Lukina of the Opeth Pack

Posted on May 6, 2014 by saschaillyvichauthor

With everything going on in the world of the Opeth Pack, I thought I’d take a moment  to shed some light on a few things we’ve discovered over the course of the last few years. Being the pack messenger to start with, wasn’t a thing I wanted to do, but when the woman you view as a grandmother over all wolves and a mother of yours, since yours died at a young age, says this is what needs to happen for family to reunite, then you do it.

I didn’t want to be put in the position of hard ass.  I’m connected through our witch and her sister, to all the wolves who are Opeth Pack and the resuluts are sometimes surprising.  But mostly, my job is to find and deliver news, not always the best of, to (usually) stubborn males who have their heads up their fucking asses.

Jozsi was the most challenging because of his stubbornness and our need to walk away if he wasn’t going to return.  But he did, only after our lives were in peril.  Les’s crazy fucking pinhead brother Kiba pulled a fast one and caught us sleeping, having followed us from Hungary to Houston when we came back to escape, as Jozsi said.  Convincing him to become Alpha when he didn’t want it was tough.  And my logic didn’t always sink in.  Sometimes Ilona had to come in with softness I lack.  It’s damn annoying.  If the jackass would just listen to me *groans*

Anyway, it took some time.  He had to stabilize the pack, get us with money coming in and then set us up to function like a human society.  That drove some of our members crazy because it betrays the mindset of the wolf.  Mate, kill, feed, repeat until death.  Again, I came in handy as the messenger with the lie of hope.  Thankfully my lover didn’t make me a liar.  I’d have kicked his ass!  Some folks reading our story ask about the triad.  It’s work.  Ilona has grown in strength since Jozsi’s return, speaking her mind more frequently, hearing my message of “love him but don’t take his alpha shit, either.”  *chuckles 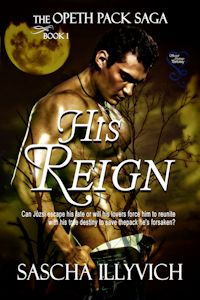 nd, it’s going to be a long road for us but Selene tells us we’re nearing that final point where all harmonies are lined up. I’m not sure what that means yet. We  keep finding mates, and our pack is growing.  Some of us are even able to finally produce puppies that live through the birth stage and emerge healthy.  Les’s confusing behavior has increased but as long as he keeps those damn Nobles and Hunters away from our village, we’re okay.  Some of you have inquired about the baby Selene was supposed to have.  Well, her story will hopefully have a happy ending once this shit is all settled but tragedy has struck our pack and torn a few hearts.

Convincing Nicholaus to be our berserker, a law enforcement wolf of sorts, beside Jozsi was difficult too but needed.   Some of the older wolves needed to see a sign of strength among our new leadership.  Though, I hear on the wind a need to relocate the pack out of Hungary.  I don’t want to leave my home but I’m trusting Jozsi on this one.  The wind has never lied to me, its messages have always been clear.

By the way, did you know we have a home on the web?  I did an interview for the author of our stories there!  You can find it here!  Jozsi wasn’t fond of it, and his existence was the focus of the interview but Ilona and I kept him in check while he explained very briefly in his curt manner our purpose and what he intends to do with the pack as we grow and change.

I also hear coming up from our author, Eva, Almos and Janos have shared their story with a new audience.  The book cover is coming out soon so stay tuned!

Grab HIS REIGN at Amazon