Posted on April 17, 2014 by saschaillyvichauthor

Many of you know I started the Opeth Pack Saga by basing Józsi on Vin Diesel’s character from Pitch Black and Chronicles of Riddick. 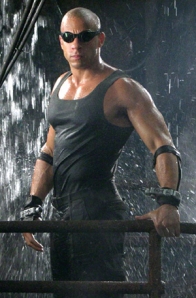 That trend continued for our Alpha as the stories progressed and prophecy began to unfold.  While I’m not looking for depth in the mystery (right yet) I am watching how the characters grow in unexpected ways with each book  As I stated on the Opeth Pack site, Selene has seemed to resemble my writing mentor, sage, smartassed and sassy, and that hasn’t changed from book to book.

Lukina grows stronger in her powerful position as the messenger of the pack.   Most surprising though is Józsi.

Damned if he doesn’t resemble Nucky Thompson from Boardwalk Empire as of late.

An earlier scene from Raining Kisses showcases his original behavior:

“Why do we want this Heaven?” Nicholaus took his cigar from Józsi and puffed on it. He tapped the ash into the tray beside him and strolled out to the balcony.

Ashing his cigar, Józsi followed him. The door closed behind him.

“Look at all the people.” Józsi exhaled and blew smoke into the air.

“Yeah. I know.” Nicholaus looked down at the sidewalk below them. His glance roamed over a couple, a wolf couple that walked past a streetlight toward The Library bar and grille.

For a few minutes they leaned over the railing, scanning, observing, watching the humans and occasional wolf pass by.

“I didn’t want to need Lukina. Or Ilona,” Józsi broke the silence, taking another long puff on his cigar before letting the steady stream of smoke escape into the air.

Nicholaus turned to face him. “Then why did you?”

“I couldn’t stop myself from caring any longer. I had nobody. Living in Houston was fine. But living alone isn’t really living, Nicholaus. I don’t know if we need bother with the idea of Heaven, nor do I give a damn. Right now, we exist on this plane. Know one thing. That woman in there loves you. She loves the wolf, the illusion of man, everything about you. Hell, she even loves the loneliness about you, as it’s something to focus on as a way of giving you a cure for it. So does Krystyna. If they’re anything like Lukina and Ilona…”

Nicholaus looked back through the glass at Katarina and Selene. Both women appeared to be chatting and hugging. It hit him that he needed that type of relationship in order to survive. Right now he was just living, if one could call it that…

“Will Krystyna forgive me for leaving her to Savas?”

“I can’t answer that question. Neither can Selene. Selene knows a lot about this pack, knows things I’ve yet to understand but that’s her duty as pack witch. How she knew any of this is beyond my understanding, but her magic is pretty powerful. The ties she has to all of us have made it difficult for us to move without her knowing, which is good. Ultimately.” He sighed. “She’s sort of a historian. I’m only now learning the hierarchy. But Selene can only hope as much as I can.”

“Just be prepared to give he 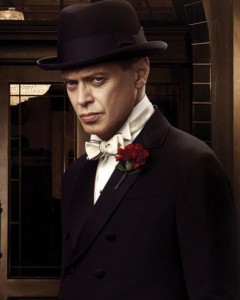 r your all, Nicholaus.” Józsi turned and leaned against the railing.

The door opened and Katarina stepped outside.

“I’ll leave you two alone.” Józsi took a puff on his cigar and blew smoke out over Central Avenue. Then he walked inside and poured another glass of port for himself and Selene.

Many of you know I’m ass deep in writing Fall Into Love, the fourth book in the Opeth Pack Saga, and in the next blog post I’ll detail why I think Józsi is looking and acting more like Nucky than Riddick!  I can only speculate the need for diplomacy rather than brute strength as our Alpha has tougher decisions to make nearing the end of this series.

Pick up Raining Kisses from