The Opeth Pack – How it All Began

Posted on October 9, 2013 by saschaillyvichauthor 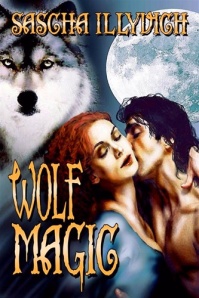 Legend has it the creation of wolves was a heavenly thing, and if that was so, it might work something like this:

Emesh stood, arms over her large belly.  Standing in the middle of a clearing, she rubbed her stomach, hoping the beauty inside that was to be born soon would not hate her, never curse her though she would deserve it.

The wind blew, moving wisps of dark hair across delicate pale skin.  Emesh reached behind her ear, tugging loose strands away from her face.  A final glance over the land revealed lush grass and fields as far as the eye could see.  Her goddess powers picked up on the seawater smell of the lake several miles away.   The others promised her the land would be fertile.  They said the wolves could not occupy heaven just yet, they needed to mature first.

When Emesh first heard that her babies would be born on earth amongst the humans, she’d felt afraid.  But the Boldog Asszony, the fertility goddess reassured her that things would be all right.

She’d even helped Emesh find a suitable home for the wolves. They had chosen this land because of it’s breathtaking beauty and diverse landscape.  The flatlands of this land would give her children enough room to roam freely, the lake in the central area of what would be known as Hungary would supply nourishment and prosperity.  The people who would inhabit this land would be noble but would struggle until they reached their purpose.

To show the world that survival was the only option.

Her children, born of wolf and goddess would push forward ideals set in stone by Fate itself, the idea that wolves were the chosen inhabitants of this earth and even though they’d fall, once they learned of the prophecy, they would be given the tools to work with it.

Those the idea of her future grandchildren having to bear such a heavy responsibility pained her, made her heart ache.  Emesh stood still in the circle, eyes closed, listening.

A gentle breeze blew, whispering words that caught her attention.

Emesh opened her eyes, focused on a single point on the ground and blinked.  A bright red and orange flame appeared, several feet high.

Boldog Asszony’s face appeared in the flames, hair spread wide and flowing like the rivers, eyes bright yellow as the sun.  Her lips were blood red, skin the color of the moon, a pale blue that mostly looked ghostly white.  “I would not damn my own.”

Emesh read her creator’s lips and nodded.  Feelings welled up inside her, bringing tears to her eyes.  Still, she would not shed them as she birthed her babies.

The image vanished, leaving behind a smaller flame.

It was now or never.

Emesh trusted that this was the right thing, as she sank down to the ground, felt the energy ball containing the lives of her first pack extricate itself from her body.

For a moment, she felt a giant weight lifted from her shoulders.

As she looked up into the sky, then back at the ball of life, glowing with energy and smelling of lupine, thick with the scent of dirt and fur, she realized he’d only swapped one burden for a much heavier one.

That of the same burden the Christians would place upon their savior.

Tears fell down Emesh’s face as rain began to fall.

The ball of light and life hovered before her, glowing.  Within seconds, it had exploded, sending little bursts of each life in different directions, flying faster and faster from her without even so much as a goodbye, or a thank you.

One sparkle floated before Emesh.

Reaching out, she captured the sparkle of life, felt the warmth and decided then that her babies needed a guardian here on Earth who would help guide them towards the prophecy.

Emesh decided then she would give birth to a human with wolves blood.

“This clearing has power,” Emese muttered to nobody in particular, aware of the fact that she’d been followed.

She knew which pup had followed too.  He would grow to be strong, pack Alpha.  But the madness of the Flower Maiden would catch up to him sooner or later and he would have to be dealt with.

Pulling back dark hair from her face, she realized he might as well at least be given a chance before she wrote the entire pack off.

Leaves and tall grass rustled, but nothing happened.  It took her a second to find him, but she let him be.  “Fine. Have it your way.  Listen to the spirits tell you of this world and it’s history.”

Emese closed her eyes and knelt down, more strands of dark hair falling into her face, hiding her eyes.

Wind blew, taking Emese’s body from the ground.  She opened her eyes and started to speak.  The words were familiar, but the voice was not her own.

“The lands that used to be the Austro-Hungarian Empire were once filled with a definite, bright spark of life.  Fields of brightly colored flowers and vineyards as far as the eye could see dotted the land.  Lush forests around Lake Balaton breathed life into the region and brought prosperity.

Then there were the inhabitants.  Wolves.

The chosen beings of The Goddess, often talked about the Fertility Goddess or Boldog Asszony.  She was the mother of all fertility, harvests, of mates and all things created amongst the wolves who inhabited the lands.

Then the humans came and brought Christianity with them, converting some of the wolves to Catholicism.”

Emese wanted to stop the story here, but the voice, the power that had control of her body refused.

“There was peace between the humans and the wolves for hundreds of years on the surface, but as humans populated the region and conquered individual lands, the Austro-Hungarian Empire became two separate similarities within the two cultures.

The earth had been burned just to make light that man could see.  Some human was never content with what he had been given in this life, so wars had been started that forced the entire world to pay a price.  Bombs dropped, bullets and smoke filled the lands, making the wolves in those areas sick and killing others.  Just for someone’s pride and discontent.”

Emese sensed the spirits discontent at man’s desire to conquer and claim what was not his.  “So many humans died during the many wars.  Scarcity of food became such a problem that the wolves were forced into hiding to avoid being hunted to remove the competition for what food there was.”

Even as the words came from her mouth, Emese knew that the silver furred pup would take in all the information, would see tears slide down her face.

“While the humans and wolves divided so did those among the wolves. Their magic began to disappear, their lands were taken from them Wolves began migrating and learning how to appear human, using the archaic magic bestowed upon them by their beloved Boldog Asszony.

Today, most humans still fear the mighty wolf, carnivore, hunter.  None seem to understand the delicate society created by the wolves in response to the gifts they were given, the paradise they had been blessed with and lost.  Many packs had been broken up and scattered throughout Europe and America.  The Opeth pack, the pack truly blessed by Her gift had managed to remain on their original lands, but only contained a handful of members.”

Tears stung the backs of Emese’s eyes.  With a curse, Emese broke free of the history lesson and dropped to the ground.   Her body was tired from being used by the spirits.  She felt like she’d been filled up by an awesome power that pressed against every bone, muscle and fiber of her being until it threatened to tear her apart from the inside out.

Kiba stood silent like a good pup.  It was bad to mess with the pack witch after events like that when no power could be offered to replace what she had lost.  She was certain he hadn’t learned to use his powers yet to heal.  He was not a healer, only a temporary Alpha until one was born strong enough to lead the pack and not be affected by the Flower Maiden’s disease.

She cried for them that night.  All of her babies, the ones she’d been entrusted to guide by the Fertility goddess, by her great grandmother.  Wolves howled a lonely song in the distance, raising the hair on the back of her neck.  The song wasn’t eerie so much as it was sad.

Hopefully the two born to her recently would survive with the help of the pack.