A little backstory and an excerpt from Endangered

Posted on April 7, 2013 by saschaillyvichauthor 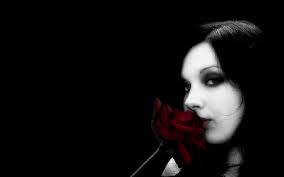 The way things are looking right now, Endangered will probably see a winter 2013 release date from Red Sage.  We’re hoping to give them time to make the biggest splash they can in reviews, and promo while I pimp myself out all over the internet for this book.

When I wrote this story a lot was going on (kinda like right now) in my life.  I’d just moved to California, dug deeper into a somewhat new relationship, shifted my entire life.  I had a lot of anger that came from personal issues but ultimately went into Josef.  He started out self destructive and self loathing to the point where he merely wanted to do one good deed, one grand gesture before he died.

He knew he’d die at the hands of the Syndicate.  They owned me thanks to the addictive drugs he’d craved and stole.

I’ve never been an addict but writers have addictive personalities.  Things become habit, people become routine and life ceases to have any meaning outside of said routine.

Josef couldn’t hack it alone.  He needed two strong lovers in his life to guide him, to show him he had redeeming qualities and was a good man.  No one said that task would be easy.  Since this book is about redemption, it will tackle the path traveled by those damaged from inside out while love heals over time.  Nothing will be easy for anyone, especially once I start bringing in the secondary character stories.

The writer in me can’t wait to let the soundtrack evolve too.  I wrote Endangered to Korn, Megadeth, Saliva, Flaw, VNV Nation and some other really great musicians but since writers grow and change our tastes must follow suit.  Well, I got angrier.  Djent and sludge-djent gave me more of an outlet to put these characters hearts on the line.

I can’t wait for you to see what’s what in the books!

Numbness. Ice cold numbness set in as he tried to move his body.  Joséf knew there was another being around, could sense the magick that was whatever animated the undead.  Where was he?  How’d he get here?  Oh, right.  The fight with his brother.  His fur was a mess, smelled of copper, body fluids and bile.

The scent of roses hung thickly around his muzzle. “My head hurts so much.”  I can’t feel my body. Where am I?  The wolf opened his eyes and saw his body cradled in Livía’s warm arms.  Her sweet smell alerted him of his life’s value to her.  Too bad he didn’t see the same thing in himself that she did.

Her eyes closed, she hummed, breaking the silence around him with her sweet voice.  She glowed, but settled safety around his tired body.  Mentally worn out, he tried to find the strength to lift his head but couldn’t.

“My poor Farkas.  Come back to me.” A tear fell from her eye to his fur.

No one had ever shed a tear for him.  He’d just killed his only living family member.  The taste of bitterness was still fresh in his mouth.  He opened his eyes just a little, the lights in the office were dim.

“Please help me rescue Miles, and come back to me.  I don’t want to remain this way without you.”  More tears fell on his fur.

If he wasn’t careful, he’d lose too much blood.  I’m not dead, Livía.

Joséf opened his eyes wider and lifted his tired head to see her face.  For a vampire, her face wasn’t nearly as pale as it usually was.  In fact, apparently knowing he was alive

brought a kind of joy to her heart.

He transformed automatically.  He lay there on the ground, bullet wounds still fresh.  Her attempts at cleaning them had been just that, attempts.  At least the bleeding stopped.

“How can you call my power?  Why did you come after me?  I thought you only wanted the one thing.”

“Silly Farkas.  I wanted both.  Miles returned to his mother and you back with us, safe and in one piece.”

“But I am not yours.”  He turned his head away, thinking about the vile things he’d done recently to those people.  Thugs yes, but they were still human.  At least that was the lie he told himself.

Livía carefully took his chin in her hands and forced him to face her.  “The necklace marks you as mine and lets me control your changes in times like this.  If we had time for paramedics to attend to you, I’d have to change you into a human in order to get you the best treatment.”

“You’ve been mine since you were born, farkas. That is how I called your human form back from the beast.”

Joséf looked away.  He must look like shit, his face was a mess, and he had dried blood on his clothes. Obviously, Livía didn’t care.  She hugged him closer to her and he snuggled against her warmth.

Odd that a vampire was warm.

“Because my heart aches for you,  aches for the pain you refuse to let go of.  Blood pumps through my veins, warming my body to respond to yours when you let me heal you.  That will be soon.”  Her smile didn’t reach her eyes.

He frowned.  “And how will you do that when I’ve done my job and left?”

A twinkle danced in her

eyes. “I will call you to me, and we will mate as our line of vampires does.”

He let out an exasperated breath. “The same way I helped to heal you?”

She nodded.  “That is correct, Farkas.”

Bruised and bloodied, and sure that he had a broken rib or two, plus the fact that his leg was pulled from the socket, the thought of being inside of her still stirred his arousal.  He burst out laughing, tossing his head back into her lap.

“You are.  This situation is.  I just…ouch!”  His ribcage hurt when he laughed harder.

“Farkas, I do not understand.”  Her facial expression changed, one eyebrow lifting along with half her mouth.

He groaned and put a hand to hers.  “Trust me, when it’s all over, you will.”

She interlaced their fingers. “We will lie like this in our bed soon.”

Our bed?  The thought held merit.  It certainly was more comforting than laying on the cold carpet of his father’s former office.

“I mean it, I love you.”  She nuzzled his neck, warm breath spilling out over his skin.

“I know.”  He shrugged, groaned from the pain, and let out a long breath.

Silence occupied the room and spilled into the hallway.  Amalie was in the building, Her presence his skin itch.

Yeah, she waited for him.

Peace spread between them, tranquility and a quiet place where Joséf could exist, because he didn’t have the energy to run.

The calm before the storm, it had to be that,  it couldn’t be anything else.  Amalie’s energy had risen and Joséf’s levels dropped.  She wasn’t milking him, he was just tired and weak.  Rest would do him good, food would be better.

And all Livía could offer any normal man in that instant included great sex.  Healing through sex, a magic he’d heard about from his mother, and experienced firsthand through Livía,

frightened him.  Sex was always a bond with women, and even worse, because his mother raised him to love others with his entire heart, a bond with him too.  So coitus equated to love until the Syndicate took his parents from him.  That was what had happened, no matter what Draiman said before his death.  Their father had to do what he did to provide for them, otherwise he was just an empty shell without his mate.

His brother was still wrong.

His mother loved them both and Livía’s heart seemed to be on par with his mother.  What should I do?

Straining his neck to see her better, he smirked.  “You read my mind.”

She patted his chest lightly.  “I almost always do.  How do you think I know when you’re in trouble?”

She couldn’t see the pain he clung to, didn’t need to know of his inner demons.  The betrayal, the drugs, the people he’d killed in the name of self-defense.  Livía, vampire Queen, had the heart of a savior, even though her mask said sinner.  “Stay out of my head, Goddamnit—ouch!”  Sharp pain in his ribs jolted him in her arms.

Livía’s fingers ran through his hair, relaxing him.  He could stay like this if he had to, if he didn’t have other things to attend to.

A part of him wanted to give in to her ministrations, not the voices in his head.

Hopefully, being a shifter meant that his body healed faster than normal humans.  Though he figured the mental anguish would double.

Her words struck him, hard.  She wouldn’t stop expressing how much she cared for him no matter what, he knew that now.  His only choices were to either love her back and scar her, or to run away and wound her.

“Everyone wants comfort and security, Farkas.  Most of all, those of us who have never had it.  And I want to give you what you have not had in a very long time.”

Joséf sighed.  He lifted his head, looking into her beautiful blue eyes.  Her tender smile showed her every emotion.

She set a palm down over his chest and he knew what she was doing.  Her hand began to glow, producing a circle the same color as her aura.  She pressed her hand to his skin, it was warm against his chest.  His rapid heartbeat tried to keep pace with how much blood he was still losing from his open wounds, but within a few seconds, his pulse had slowed.

Sweat dripped down his brow.  He would go through shock next if he didn’t get medical help immediately.  “Don’t I heal faster as a shifter?”

“Yes, but you haven’t experienced a full moon yet.  I brought your wolf out early by accident.”

Her lips hovered above his head.  He could smell her fear of losing him and it made him cuddle closer against her.  Pain shot through his hips.  He sniffled and gritted his teeth.  The two wounds in his hip began bleeding again.

Livía put her hand over the wound, he ached even more with the pressure she applied until he looked into her eyes.

His stomach clenched, causing him more pain as he chuckled.  “I can’t, it hurts too much.”

“Then let me heal you.”  Her soft voice barely registered in his ears.