New Release from Decadent Publishing – The Playground by Sascha Illyvich

Posted on January 10, 2012 by saschaillyvichauthor 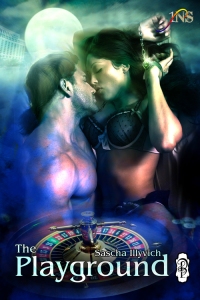 Finally, after last year’s abysmal release record (I had a lot of back office admin stuff going on!) I’ve got a new release.

You may also enjoy

I Will Submit To You, Masater
Different Realms in Romance Fiction