Posted on June 20, 2011 by saschaillyvichauthor 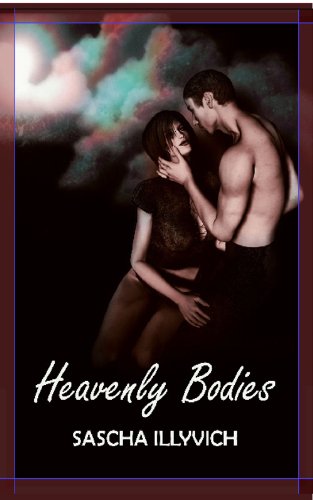 Real erotica, full of pain intermingled with pleasure. Love makes the sexual scenes more powerful. Sensuality Level: Scorching.” raves Ann Leveille of Sensual Reviews. Two exceptional novellas of fantasy and eros by the author Coffee Time Romance calls “Amazing!” and rates “Four Stars!” In “Sacrifice,” Ares, the God of War, is banished from Olympus, falls in love with a mortal woman and is called upon to make a very unusual sacrifice if he wants to keep her. In “Echo s Odyssey,” the wars of faery are over, but for the assassin Echo and his lover Alexandrya, a new war is just beginning. They return to faery expecting to be reunited with the third member of their triad, the princess Serenissa, only to find she and faery itself are threatened by even greater peril. Heavenly Bodies is a pair of erotic, romantic adventures dealing with carnal love between humans and gods and fairies with their heavenly bodies! Sascha Illyvich is the author of the novels “The Gift of Her Submission,” “Light and Shadow” and “Dark Traders,” among others. His short fiction has appeared on Literotica, and in many anthologies, including “Nectar of the Gods” and “Caught in the Middle.” “The sensual tone of the story flowed … the language and situations were believable. Fans will enjoy [his] heart-touching romances.” says Coffee Time Romance Reviews. “Sascha Illyvich is a wonderful, erotic storyteller. He turns you on and tugs your heartstrings- at the same time!” Sabrina Smith Moses, author.